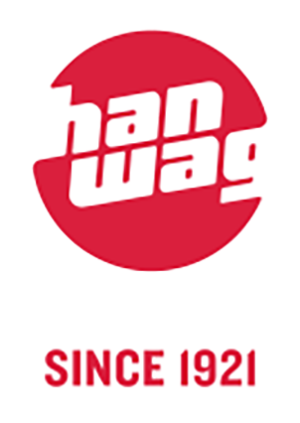 The foothills of the Bavarian Alps are receding fast. Tears stream down the 8-year-old girl’s cheeks as she glances in the rear-view mirror. “Why can’t we stay here – forever –surrounded by my favourite mountains?” Although she was born in Berlin, it was clear to Sanna from an early age, during a family holiday in the Murnau region of Bavaria, that it was the mountains and wilderness that were her thing. But as a child, she was powerless to influence the destination of their next trip. Independence came with adulthood. And with it, the possibility to finally follow her greatest desires and quench her wanderlust. Sanna explored the Pyrenees, hiked the ‘Malerweg’ (painter’s path) in Saxon Switzerland, traversed the Karwendel range between Bavaria and Tirol and walked the length of Corsica on the ‘Mare a Mare’ route.

She would always come back home, happy and fulfilled, at the end of these trips.  At least for a short while. “It was the same as that time when I was a kid. I’d just get into my rhythm, and it was time to head back home again. And swap my hiking boots for my desk”. After her studies at the Hamburg School of Illustration, the time is right. She starts listening to her gut that’s been shouting at her for a long time to just go! “I happened to read a book about the PCT and decided: That’s what I want to do – hike for months on end.” So, she packs her backpack, takes all the obligatory kit she needs for the Pacific Crest Trail (4,300 km long) and laces up her Tatra leather boots.

“The repetitive and meditative rhythm of hiking makes me feel like my whole body is breathing.”

The view from the Snoqualmie Pass in the US State of Washington. At almost 1,000 meters above sea level, PCT hikers are treated to stunning views of the 1,100-kilometre chain of the Cascade Mountains.
The PCT runs through the American Sierra mountain range. Sanna on Mount Whitney (4,418 m) – the highest mountain in the US apart from Mount Denali in Alaska

The Trail provides – Dare to take the first step, and the trail will provide. Somewhere between Mexico and Canada she discovers she feels alive and strong. Free from the responsibilities of everyday life. With each passing stage of the PCT she finds her flow state becomes stronger, until eventually the act of hiking feels like a form of meditation. “The repetitive and meditative rhythm of hiking makes me feel like my whole body is breathing. And I’m able to fully concentrate on the more important things in life.”

Hiking the Pacific Crest Trail also highlights that to be happy, all we need is warmth, food and friends. And it’s this realisation that really stays with her. “And of course, having the right footwear is also important!” As one of Hanwag’s ‘Sole People’, the 32-year-old has first-hand knowledge of just how important being able to rely on your footwear is when you’re hiking through the backcountry day after day. “It pains me, physically, to know there are all these trails out there, and I’m sat here in front of a screen. Not walking, just sitting.”  And so, she keeps going back to it – lacing up her Tatras and heading out on the next long-distance hike.

Several hundred kilometres of the PCT run through the Mojave Desert in southern California. The days are hot, and the nights are cold.

Harry Potter. Because reading it feels like home to me. And, because it sheds light on the important aspects of life – especially those of companionship and love – in such a wise way.

The ‘Te Araroa’ in New Zealand and the ‘Continental Divide Trail’ in the USA.

What do you look forward to most at the end of a long day on the trail?

Enjoying my dinner, looking over the mountains, or listening to the sound of the leaves rustling in the trees.

Which trail would you choose – desert or forest?

Although I love forests more than anything, I would probably say desert right now. I love all that emptiness.

What does a typical Sanna trek breakfast look like?

I almost always have a Cliff bar for my first breakfast. And after I’ve covered a few miles, for my second breakfast I have oats with some dried fruit and nuts.

More to read: Sanna’s hike on the Pacific Crest Trail

Sanna Wandtke hiked all 4,300 kilometres of the Pacific Crest Trail in just one pair of HANWAG Tatra II with leather lining. She had them resoled afterwards to give her trekking boots a new lease of life.